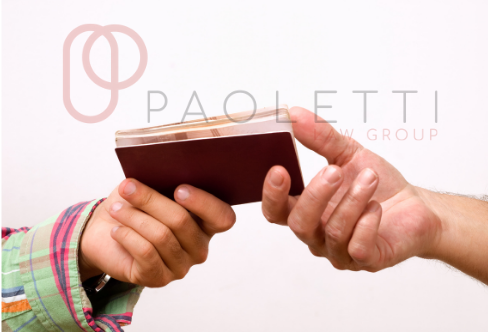 Can my Employer Retain my Passport?

There have been numerous instances in the past where individuals have complained of their passports being retained by their employers. The vulnerable position of an expatriate worker further deteriorates when the employer takes away his or her passport. Holding of a passport by an employer discourages an individual from changing his job to another and puts him in a position where he might be subjected to forcible work.

The International Labour Organization’s convention on the abolition of forced labour denounces forcible work. The United Arab Emirates (UAE) being a signatory to the convention has provisions in its legal system, which the employer could be subjected to.

Ministry of Interior published circular no. 267 of 2002, which explicitly prohibited employers from confiscating the passport of their employees and declared the same as illegal. As a passport validates the identity of an individual before the government authorities, the law obliges its owner to keep it with himself. The circular stated that only government authorities have the power of confiscating the passport of any individuals in accordance with the provisions of the law.

Employment in the mainland UAE is regulated by Federal Law No. 8 of 1980 regarding the Organization of Labour Relations. Article 122 of the law prohibits an employer from terminating the services of the employee for reasons irrelevant to the work. Hence if an employer threatens to terminate or terminates the employee for the reason of not submitting the passport, then such termination is arbitrary and invalid as per the law. The employee if facing the issue could file a complaint against the employer with the Ministry of Labour.