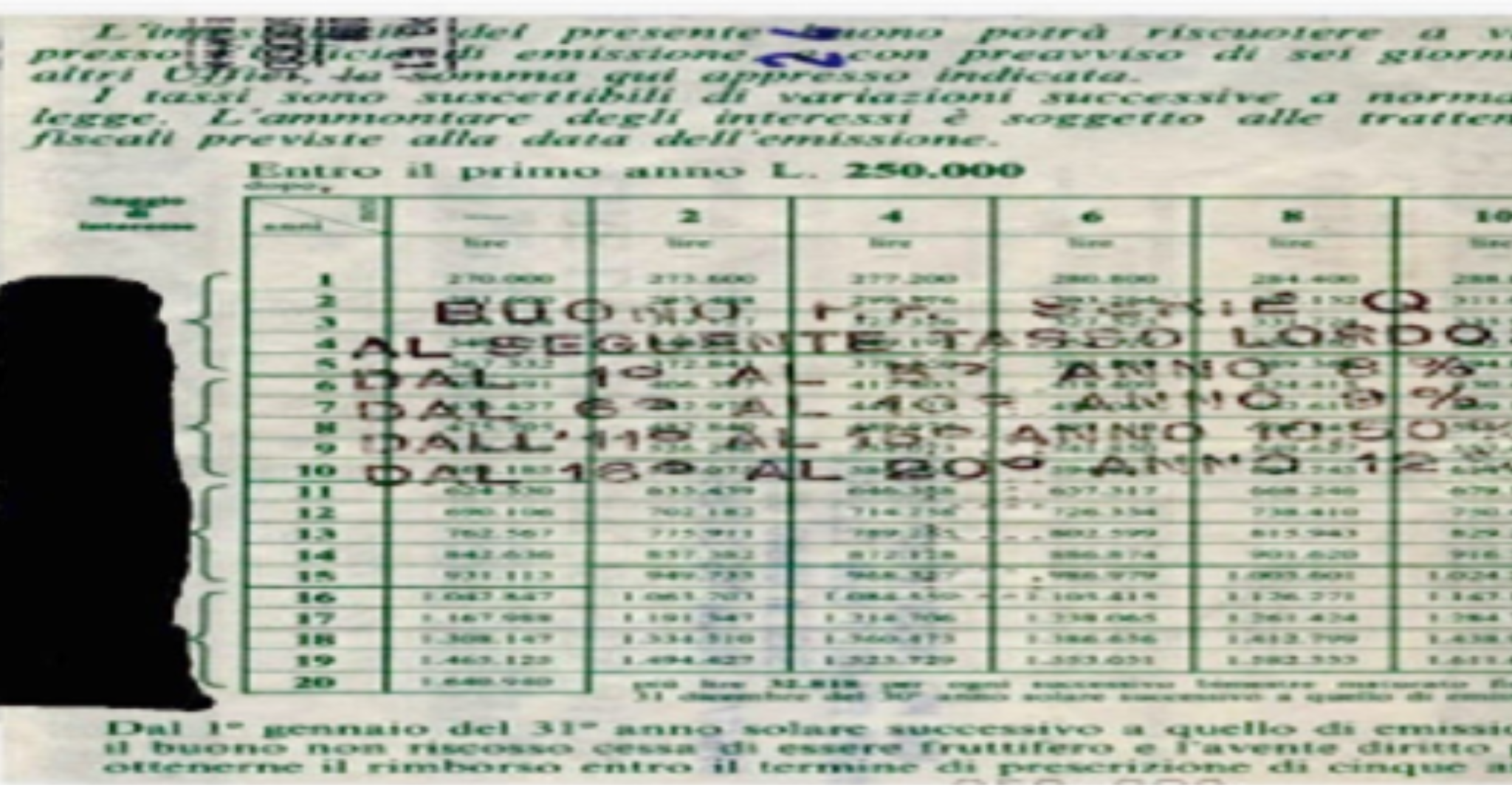 Prevalence of the conditions indicated on the back of the title, or the supplementary (and pejorative) Act of the ministry?

The Court of Mantua gives reason to the saver.

Italian Post (in its quality as a Bank) opposed (arguing, among other things, lack of passive legitimacy, an objection not accepted).

Italian Post contested the applicability of the conditions stamped on the back of the title for the quantification of interest, (as referred to by the counterparty), invoking instead the provision referred to in Ministerial Act no. 13/6/1986.

The art. 173 of the then “current postal code” already referred to above provided that changes in the interest rate of interest-bearing postal bonds, could also be extended to previously issued bonds.

In the opinion of the Supreme Court of Cassation, a different solution must be reached in the case submitted to it, similar to the present one, in which the issue of the security is subsequent to the decree amending the interest rates: “This, however, does not authorize us to totally devalue the relevance of the wording reported on the bonds themselves even when – as happened in this case – during the course of the relationship no new ministerial decree concerning the interest rate has been made and no changes have therefore occurred with respect to the situation existing at the time of subscription of the bonds “.

The discrepancy between the ministerial prescriptions and what is indicated on the bonds offered for subscription by the office to the applicants can then be relevant for any internal responsibility profiles of the administration, but cannot lead to believe that the negotiation agreement, in which the transaction is still of subscription is substantiated, has had as its object a content diverging from that stated by the same bonds.

This position – for the specific case in question – was indeed indirectly confirmed by another recent ruling made by the Supreme Court.

We are talking about evolving jurisprudence that spares no surprises, both in the judgments, of merit, and in further appeal.

In our opinion, however, given the considerable difference in the calculation of the amounts, (we are talking, for bonds of the years 87/92 of at least 40/50% less, as a liquidation “proposed” by Italian Post, compared to the calculation made according to the negotiation agreement (back of the title), it is worth try the judgment, also for the speed with which injunction can be obtained, often immediately enforceable (in consideration of the nature of the credit).